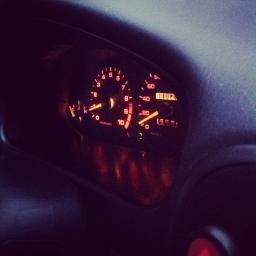 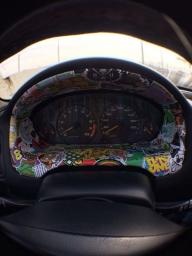 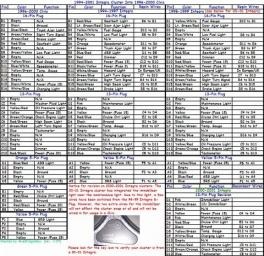 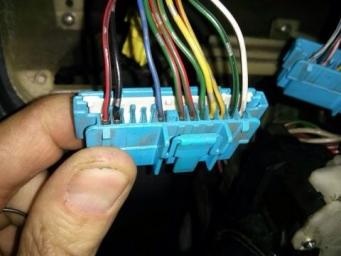 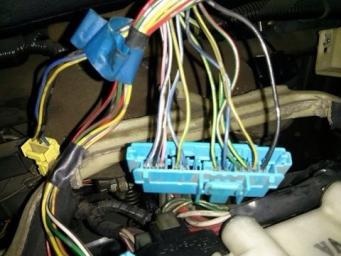 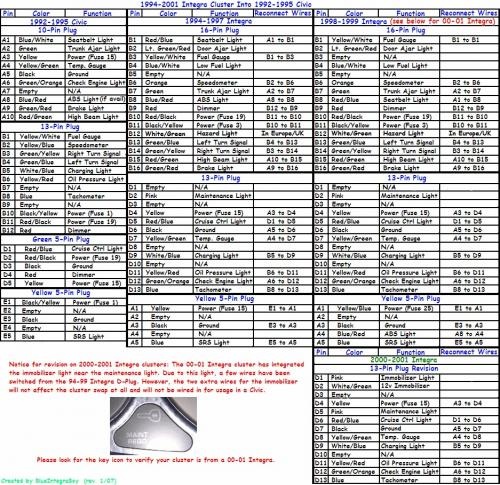 I am tired of people asking where they can get diagrams to wire or repin an Integra cluster into their Civics. I took my time and searched the different wiring diagrams. I made my own diagrams for easy use. I made two diagrams for each 92-95 Civics and 96-00 Civics due to the different Integra clusters (94-97 and 98-01). I also included a diagram to wiring a 96-00 Civic cluster into a 92-95 Civic. Use at your own risk, I won't be responsible if your clusters go wacky.

NOTE: JDM Integra Type-R clusters will work with these diagrams. Make sure you know which spec cluster you have. 96 Spec will have a catalytic converter icon near the CEL and the 98 Spec do not. Use the 94-97 Integra diagram for 96 Spec and 98-01 Integra diagram for 98 Spec. 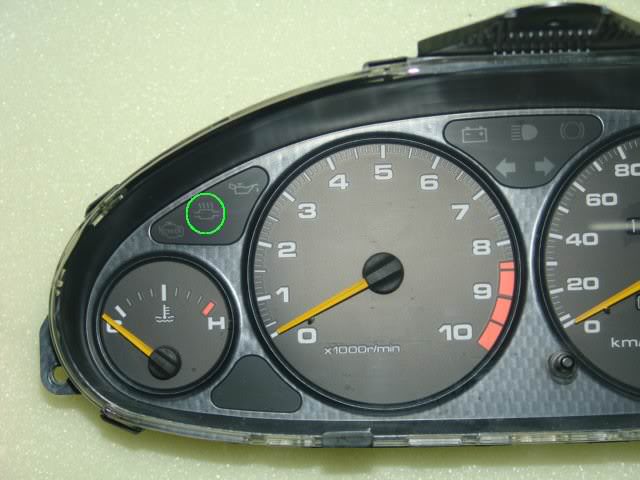 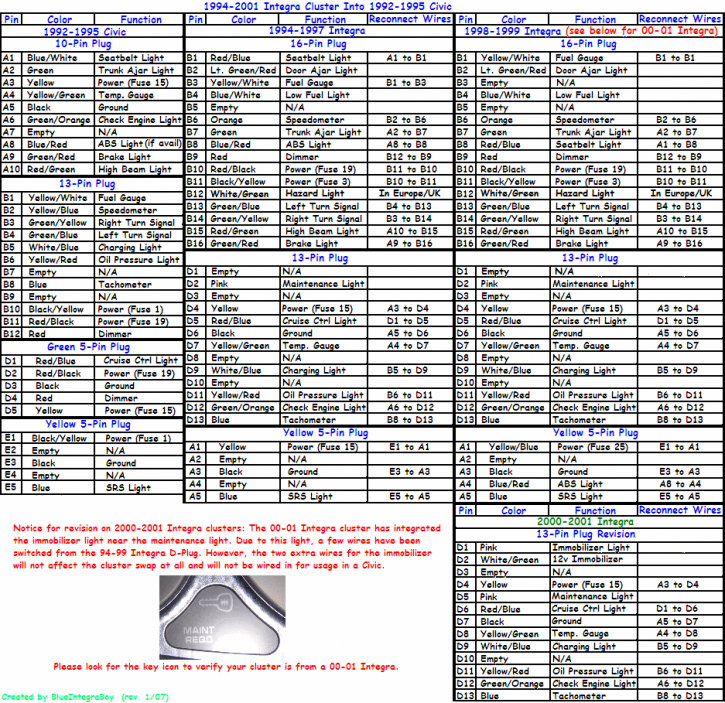 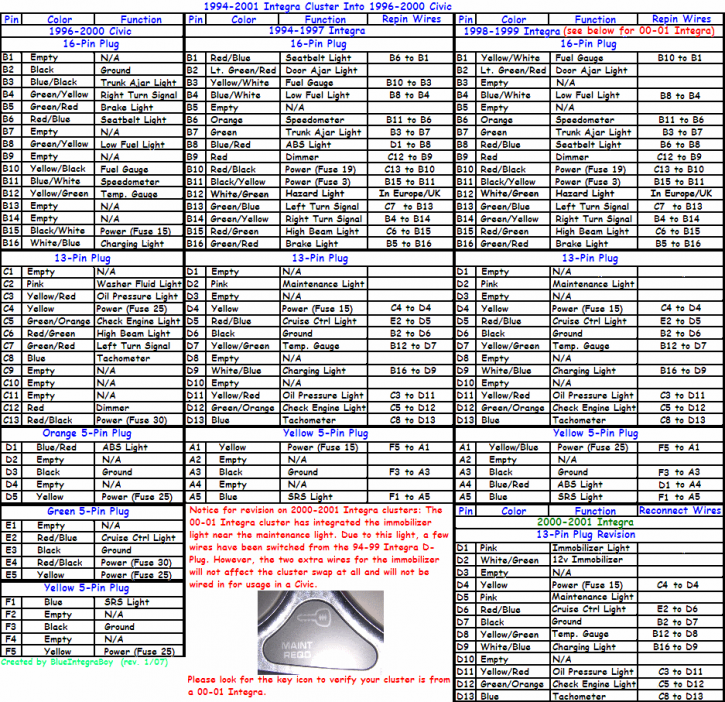 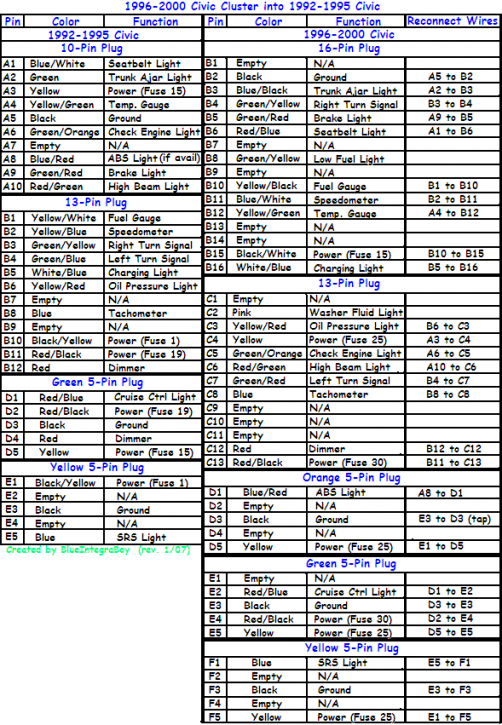 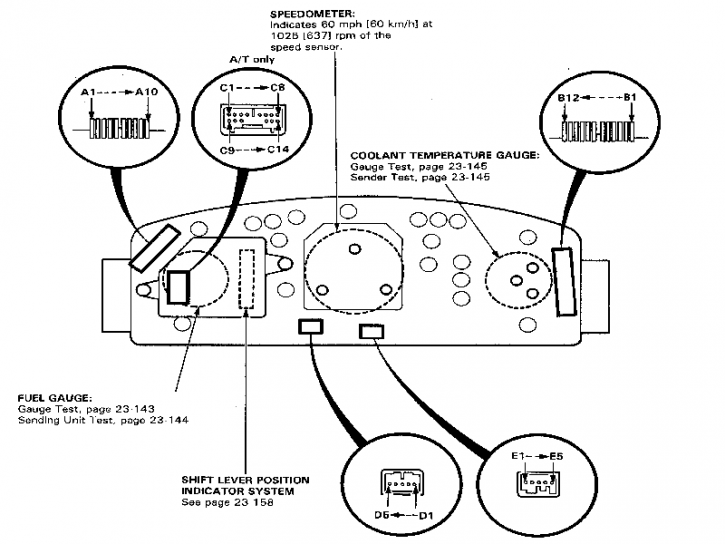 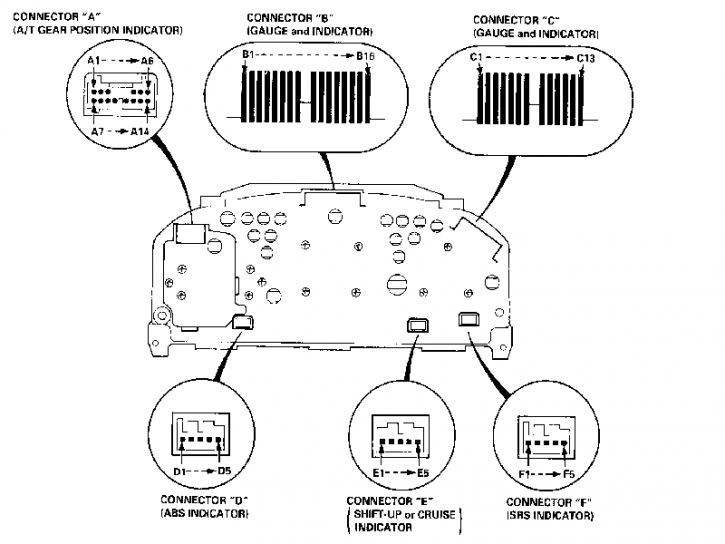 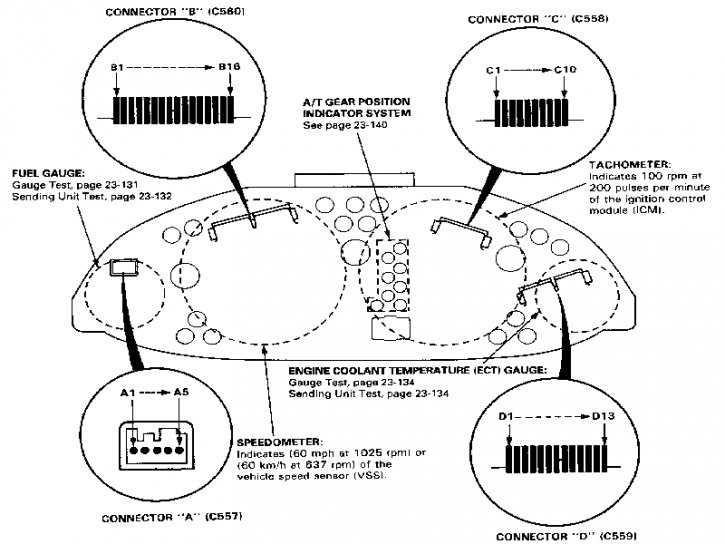 If you do have an Integra SRS plug, you cut off the Civic SRS plug and color match the wires from the Civic harness. 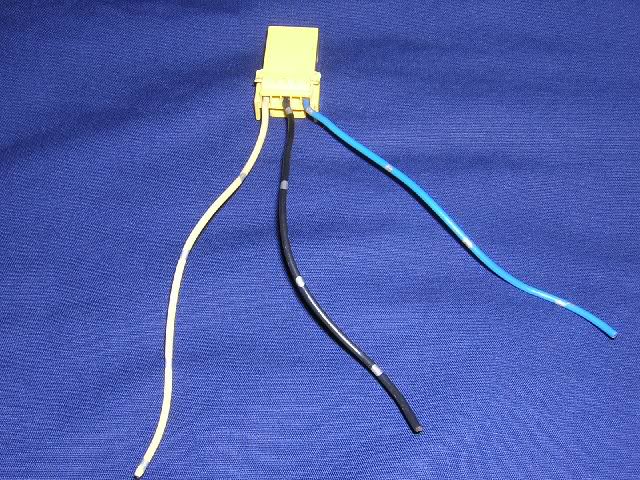 Those with cruise control (LX/EX/Si)

Repinning a 96-00 Civic for an Integra cluster

The repinning process will only work on EK Civics because they use the same plugs as Integras. The EG wire pins are too large to fit into the EK Civic/Integra cluster plugs.

1. Get a medium sized safety pin. Large enough to be sturdy so it doesn't bend when trying to remove the wire and small enough to fit inside the pinhole. 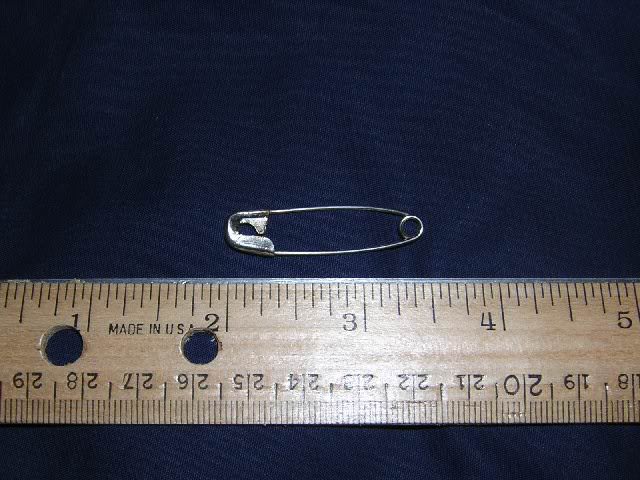 2. On the left side of the plug, you will see a white clip. Use the safety pin and push it in to unclip it from the blue plug. If it breaks, it is ok; these clips break easy. 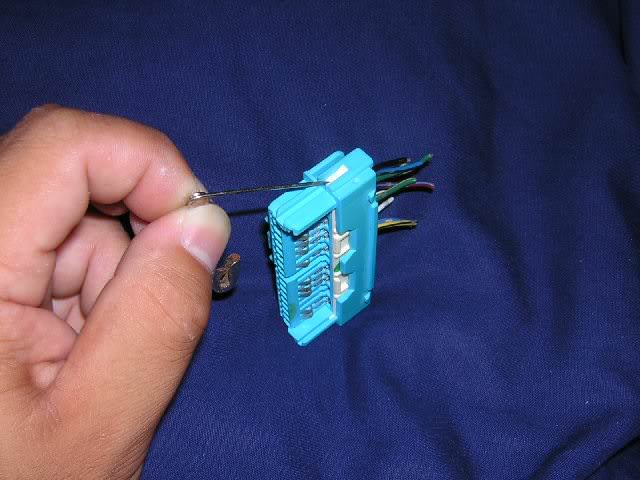 3. On the right side, there's another white clip. Do the same thing as you did in the second step. 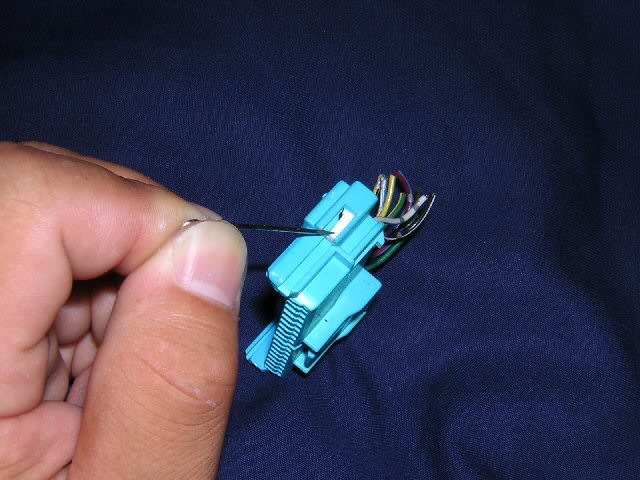 4. In the middle of the blue plug, there's a small hook to attaches to the white piece. Take the safety pin and push that hook down. You should hear a 'click'. 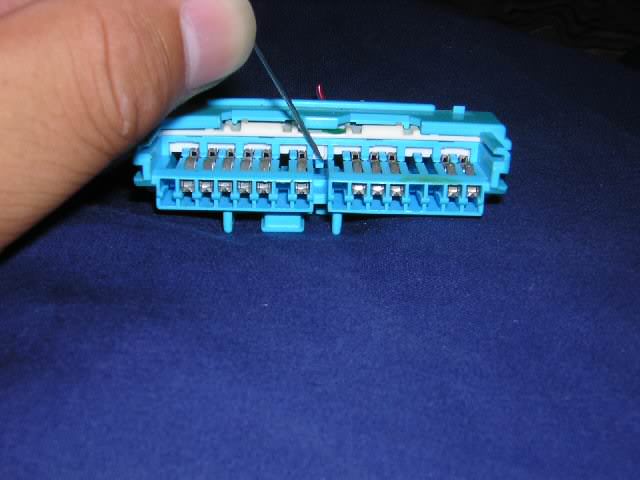 5. Now, use your fingers and remove the top white piece. You will have to lift up the blue plug bridge on the top because the white piece has ridges that you have to clear. Once you attempt to remove it, you will know what I am talking about. 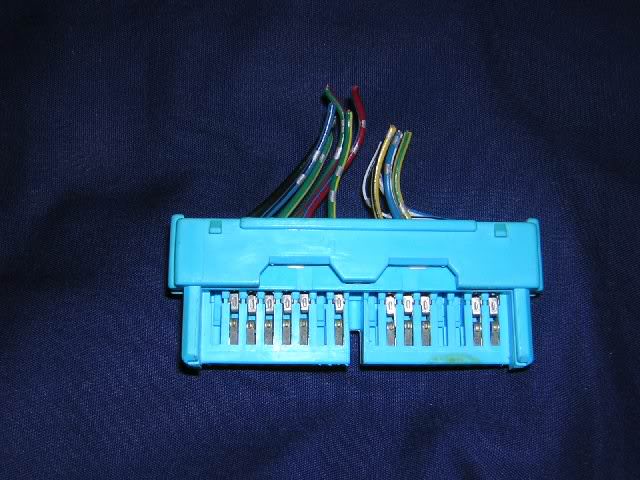 6. Now the bottom piece can slide out. You might need to use the safety pin to push that piece out. With this piece removed, you can now remove the wires from each pinhole. 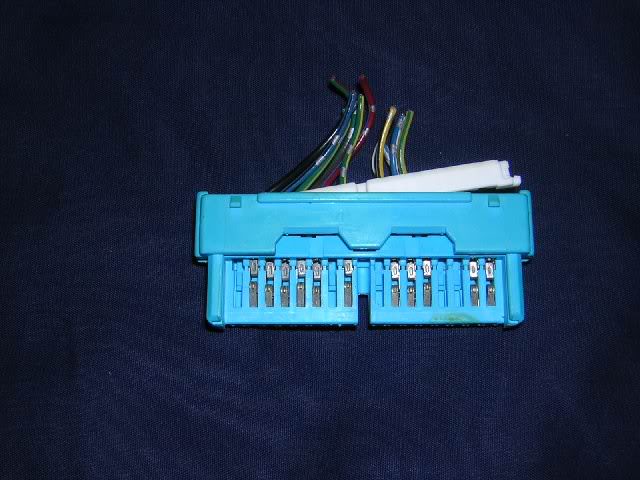 7. Here are the two white pieces are removed. As you can see I broke one of the white clips. Again, the clips won't affect the wiring at all. I happened to removed these plugs from a Civic at a junkyard and it rains a lot here making the plastic brittle. 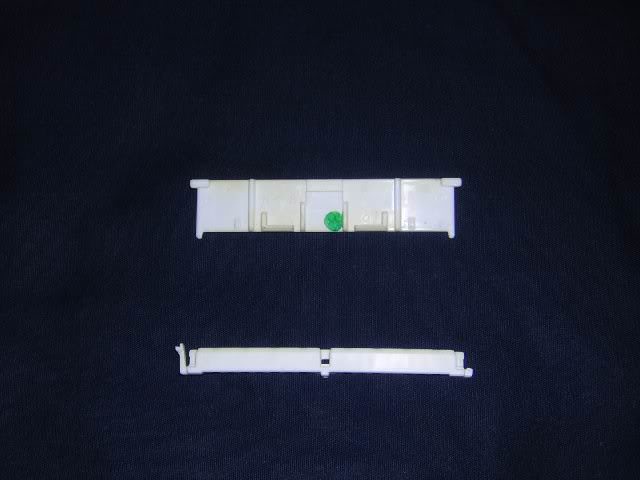 8. Look inside one of the pinholes. You will see more small hooks just like the one you seen in step 4. Take your little safety pin tool and insert it into the pinhole and try to push the hook down while pulling the wire gently. You have to wedge the pintip between the top of the plastic hook and the bottom of the metal wire pin. The wire will slide out when you have done it right. Remember a larger safety pin will make this step a little more difficult. 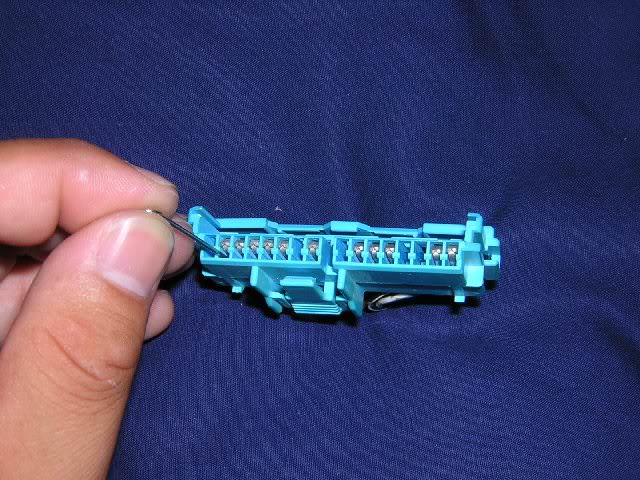 9. Here is a picture of one of the wires removed. Now that you know how to remove the wires, following the above diagrams and repin. The wires will slide back into the pinhole. Give the wire a little tug to make sure the wires are in there firmly. Good luck! 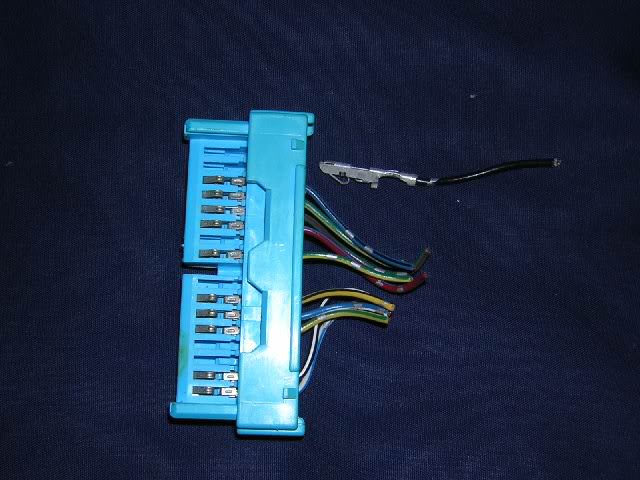 Here are two pictures of my work in two EKs. Of course they won't have the best fitment, but close enough. I used pipe strapping to hold up the cluster, without it, there will be an even larger gap at the top. There will be a small gap at the top due to the cluster sitting further back from the gauge bezel. 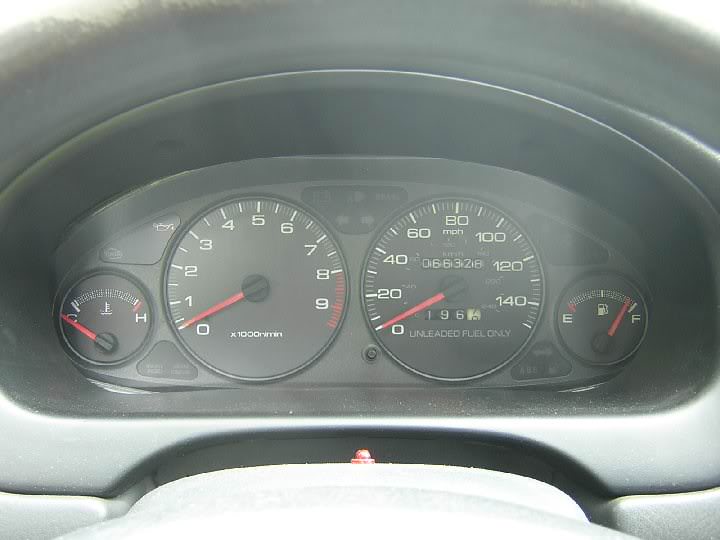 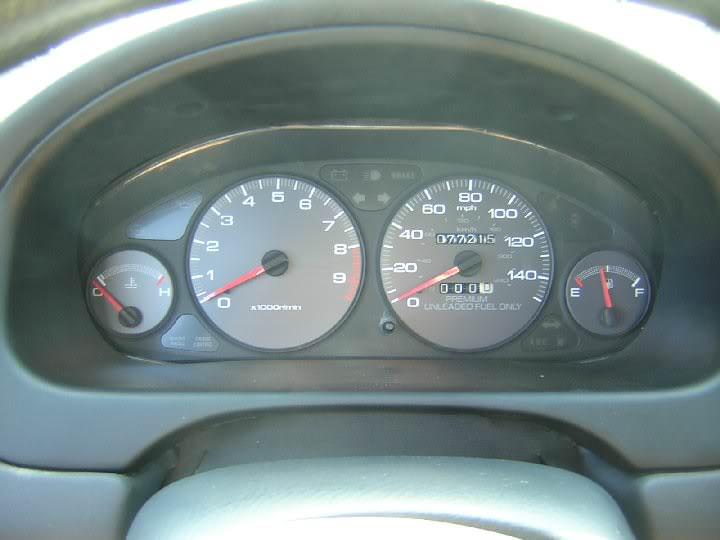 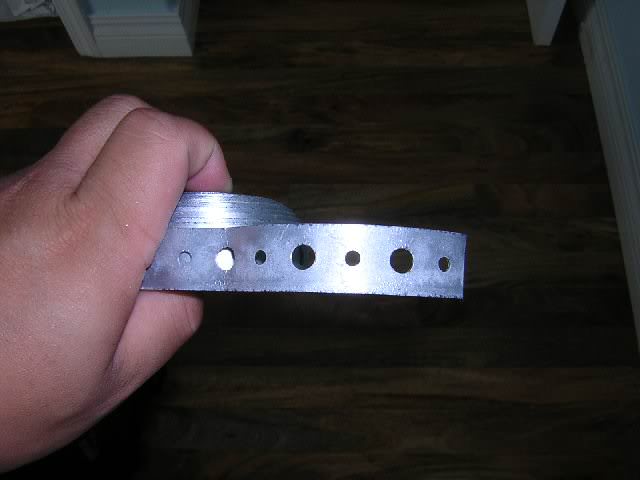 3/4" Pipe Strapping. I cut two pieces maybe 1.5-2" in length leaving the 2 small and 2 larges holes in tact. With the small hole to the edge, I trimmed a little of the two sharp corners so that the piece of strap can swivel to get a good mounting angle. Without the trimming, the piece will not be able to swivel. Using a small bolt and nut, the piece of strap is mounted to the cluster holes. Next, with the large hole at one end, I trimmed the outside corner when looking at the piece. Now, using screws, screw in the two pieces of pipe strapping to the screw locations.

Although not using pipe strapping, the following setup is similar to how I had it with the pipe strapping. The pipe strapping was a little wider than the brackets used below, so I had to trim the corners so they wouldn't rub with the cluster and mounting locations (you'll understand when you get there).